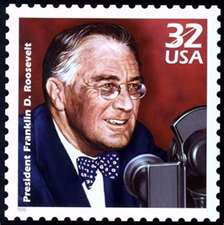 The spring of 1939, marked the beginning of World War II in Europe. Most Americans were against the notion of joining the war or even aiding the war. Their country was still suffering from the severe economic depression that had affected them during most of the 1930’s. The American people did not want to deal with other countries problems unless they could solve their own.

Franklin D. Roosevelt was president during this time. He had managed to get ma 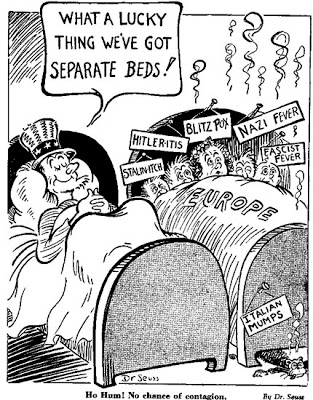 ny programs of the New Deal passed to help aid the American people but still had not managed to get the country out of the Depression. Joining World War II seemed to be his solution to ending the Great Depression.
If the country was to join the war that meant that the American people would be need to go back to work. Factories would need people to make military equipment and supplies. Large amounts of revenue would be brought to the United States by supplying other European countries that were unable to make their own supplies. The economy and the people of the United States needed this war if they wanted to get back to normalcy.
"I find it unhappily necessary to report that the future and the safety of our country and of our democracy are overwhelmingly involved in events far beyond our borders"

How was FDR going to sell his views about World War II to the American people?
FDR gave his annual address to Congress on January 6, 1941. In his speech he mentions the four essential freedoms that were universal to human kind. These freedoms he spoke about would force the American public to reevaluate the very concept of freedom in a democratic society but they would also become FDR favorite statement for Allied Aims. 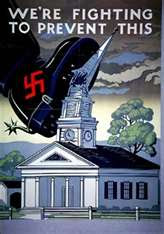 "In the future days, which we seek to make sure, we look forward to
a world founded upon four essential human freedoms.
The first is freedom of Speech and expression, everywhere
in the world.

own way, everywhere in the world.

The third is freedom from want which, translated into world

terms,means economic understandings which will secure to every

nation a healthy peacetime life for its inhabitants, everywhere in the

The fourth freedom is from fear, which translated into world terms, means a world-wide

a position to commit an act of physical aggression against any neighbor, anywhere in

FDR believed that the world order that the American people and the rest of the world want could only be achieved through the cooperation of free countries, which would working together in a friendly, civilized society. According to him, the four freedoms were inevitable to a prosperous democracy