Judge Not a Man by the Cost of his Clothing

During the Age of Progress, in the late 19th century, investors like Cornelius Vanderbilt created great wealth within the railroad corporations and George Westinghouse made his fortunes in large part because of his advances in railroad technology by inventing the automatic coupler. While these men and other capitalists were part of the elite, the laborers in the coal and iron ore mines were suffering from poverty. They worked long hours under harsh conditions for little pay.

The ballad Judge Not a Man by the Cost of his Clothing, written anonymously, exemplifies the social class differences that were developing in this time period.

Give me the man as a friend and a neighbor,
Who toils at the spade, the loom or the plough,
Who wins his deploma of manhood by labor...

Then why should the broadcloth alone be respected,
And the man be despised who is fustian appears.

Within these two stanzas, the author explains his fustrastion with the attitudes of the rich. He is thought of as less of a man because he is poor and can only afford clothing made from twilled cotton or low-quality wool. He wants to be judged for his character because he thinks of himself as a good man that is hard working, yet he is looked down upon because of his wardrobe.

Survival of the fittest in society

In this post we will take a quick glance at the views of William Graham Sumner who was an economics and sociology professor at Yale University. Sumner followed a "Social Darwinism" believe. He based his social ideas on the theories of Charles Darwin who first proposed the idea of natural selection and survival of the fittest in nature. 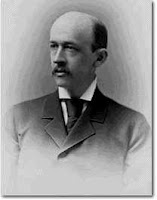 Sumner discusses in his reading "What Social Classes Owe to Each Other" the idea that even in our complex society we are still bound by the laws of Nature. In this case the theory on natural selection which favors best suited organisms for competition of the limited resources available. He suggests that by having programs in society that take from an individual to give to another who is not productive and does not contribute to society is a burden and detrimental to our long term survival as a society. Our society is about equality of opportunity. The more opportunity that's available the more disparity in social classes because some will choose to take advantage while others will choose not to. The greatest help we can provide people in need is the advancement of science, government and society. This will in turn better the chances of individuals but not necessarily guarantee equality. As Sumner said:

"The man who by his own effort raises himself above poverty appears, in these discussions to be of no account. The man who has done nothing to raise himself above poverty finds that the social doctors flock about him, bringing the capital which they have collected from the other classes, and promising him aid of the State to give him what other had to work for." William Graham Sumner " What Social Classes Owe to Each Other" 2.1: The Industrial Status Quo Defended (1833)

If we take the Social Darwinist view and apply it to the period of time between late 1800s and early 1900s where large scale enterprises played such an important role, we can see that industrialists such as Andrew Carnegie and John D. Rockefeller who took advantage of the opportunities in the market and in the process created thousands of jobs for those who wanted to be productive and chose not to be a burden on society.
This problem transcends time into our own. What do we do with members of society who need financial help and do not contribute to our economy.? Many of us approve of aid such as the Federal Welfare programs while others think that it's a waste of tax payers money and many are abusing it.